A one month, 350-mile ski crossing of the world’s second largest icecap

In 2010, I completed my Masters degree in journalism from the S.I. Newhouse School of Public Communications at Syracuse University. At the time, I had no idea what I wanted to do with the rest of my life.

I only knew that I missed the simplicity of life at war. I craved a return to it. I also felt like I hadn’t suffered enough out there. I didn’t get shot. I didn’t lose a limb. In my mind, I hadn’t earned my place on this planet.

Life at peace left me unfulfilled and empty.

But the war ended and my time in the Marines was over. Now I needed a new path…

I didn’t have any clarity on who I wanted to become, but I had to pay the bills. So I found my way into a corporate job. Knowing that I would be miserable, on the day I signed up for that job, I also signed up for a one month polar expedition.

I gave myself a year and a half to quit and figure out what to do next. Greenland would not only be my ticket to freedom, it would grant me the peaceful serenity of returning to a warlike environment.

While I wasn’t fully aware of this at the time, I know now that I went into the frozen wilderness as a means to escape my demons. Ever since coming back from Iraq, something was missing inside of me. I needed to be back in a world where I walked on the edge of life and death. That made me whole again. At least for those few brief moments…

For 28 days, with a team of 5 other men, we dragged a 190-pound sled 350 miles across the world’s second-largest icecap. During the expedition, brutal storms kept us trapped inside our tent for a total of 5 days. Laying in my sleeping bag, I would hear the wind battering the tent with a humbling ferocity. It sounded like the inside of a washing machine. The storms were so intense, the following year a British explorer was killed in one of them.

In the end, I lost 20 pounds, got mild frostbite on my fingertips and burned the tip of my nose. After 28 days on the ice, I completed the journey and arrived in Isortok, a tiny hunting village on the East Coast of Greenland.

Upon returning home to civilization, without the freedom of external structures imposed upon me, I slowly descended into a deep, dark abyss. Eventually, when I clawed my way out from the shadows and found my way back into the light, I remembered Greenland. I then saw it through new eyes.

It left its mark on me…

Greenland birthed my love for polar exploration. A love that burns bright today, as I continue pursuing this passion on the farthest reaches of the globe. 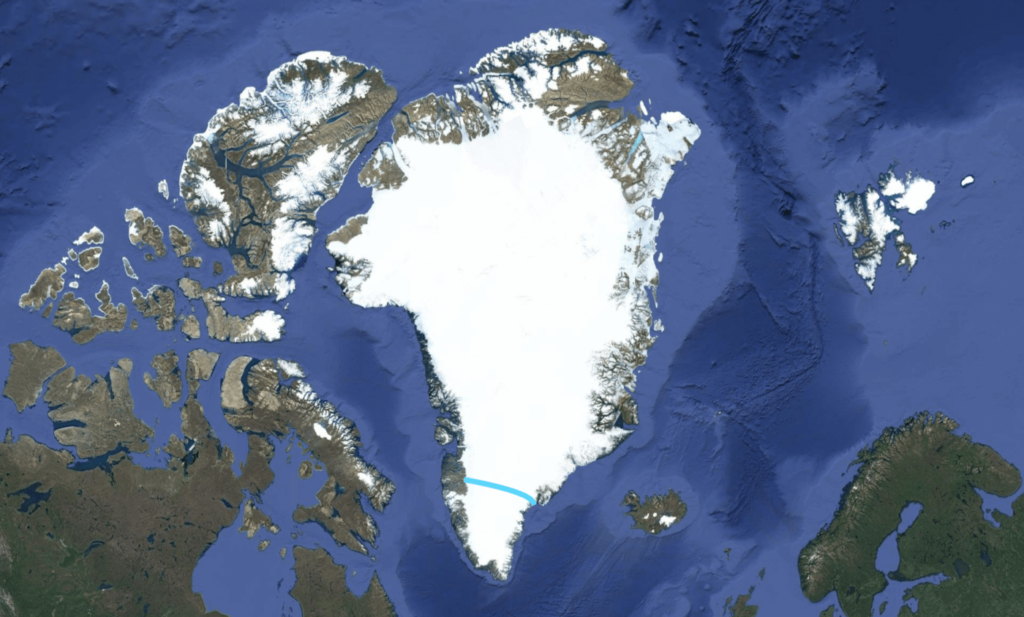