My first foray above 20,000 feet in the majestic Himalayas

While on deployment in Iraq with the US Marines in 2008, I began planning a summer of worthy adventures upon my return home. It gave me something exciting to look forward to. Something to free me from the burdens of war, that at times felt too heavy a cross to bear.

Since I first began climbing mountains in Alaska many years before I set foot in Iraq, I felt drawn to these majestic abodes of the Gods. Their towering faces and awe-inspiring might made the world seem bigger and grander than us mere mortals could ever fathom. In a way, I saw them as mirrors to our own magnificence.

I thought to myself, what better way to return from hell than to venture forth into the heavens?

War is an expression of man.

For better or worse, it is defined by the aversions and desires of humanity. Nature, on the other hand, is pure. Its brutality isn’t conceived with malice. Its hostility isn’t delivered with intent. It simply is. Unlike in war, whatever we face in nature, whether it be serenity or storm, we cannot fight back against it. We can never “conquer” nature. We must align with it. We must become one with it. Only then will we be able to survive it.

As Sir Edmund Hillary said, “it is not the mountain we conquer, but ourselves.”

I didn’t know this back then, but perhaps that is what drew me to the solace of nature after having faced the trials of man.

A few weeks after coming home from Iraq, I flew to Nepal to climb in the Himalayas. A place I had dreamt about for many years.

I hadn’t been mountaineering in a while, so my technical skills were a little rusty, to say the least. I chose instead to challenge myself with altitude. My mission was Mera Peak. At 6,476 meters (21,247 feet), she is considered the highest “trekking peak” in Nepal, and one of the highest in the world.

A few people in my Marine unit, including one of my senior officers, told me there was no way I could climb above 21,000 feet right after Iraq. They told me I needed to work my way up to a higher altitude.

Ultimately we are all limited by our own mental models and constructs of reality. My reality was a very different one from theirs. It’s not right or wrong, or bad or good. It just is.

I believed differently than they did. With that belief, I molded my own reality…

Traveling into Lukla, the starting point of an Everest climb, I then worked my way up through the mountain lodges of Nepal and deep into the Himalayas.

From high camp at 19,028 feet, I trudged along repeating the mantra to myself, “nothing in life is given to you. You have to earn it.” Taking it one slow step at a time, along with my team of two other climbers, we reached the summit of Mera Peak.

We were blessed with clear skies and a relatively warm, sunny day. From that height, we saw Everest and 4 of the other 8,000 meter peaks. Nothing can truly describe that feeling. Although I wasn’t fully aware of it at the time, it was one I would hunger for over and over again throughout the rest of my life.

Right after Nepal, I flew to Northern India to climb another non-technical peak in the Indian Himalayas. And so began what would ultimately be an epic summer and a grand return from Iraq… 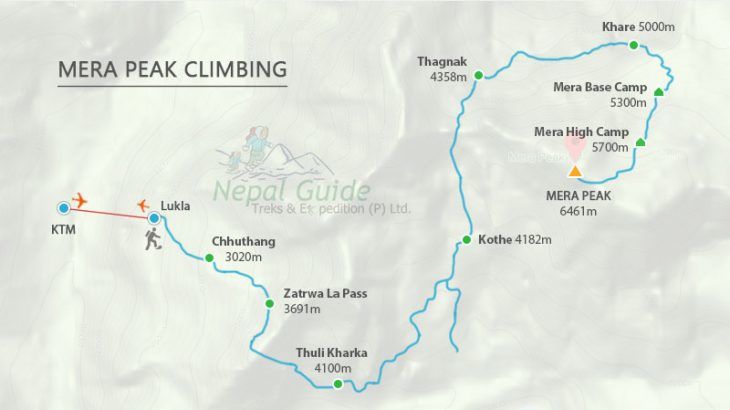